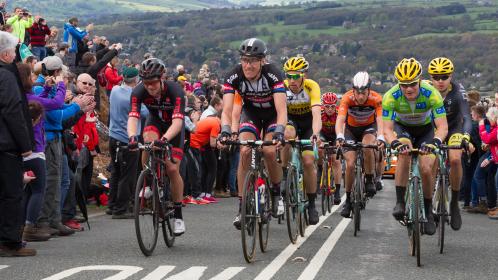 The three-day stage race in Yorkshire, which will be held from April 28-30 next year, starting in Bridlington and concluding in Sheffield, was a spin-off from the huge success of the Grand Depart in 2014, when the first two stages were held in Yorkshire in front of unprecedented crowds, before a third stage into London.

Christian Prudhomme, the director of Amaury Sport Organisation, the body that organises the Tour de France and Tour de Yorkshire, confirmed today that it is a question of “not if, but when” cycling’s most famous race returns. It is understood that the next five years is the timeframe under discussion.

We can’t put in 5,000 metres of climbing but we can put in 3,500m. It’s as tough as we can make itSir Gary Verity, Chief executive of Welcome to Yorkshire

The 2017 route of the Tour de Yorkshire was presented today and Sir Gary Verity, the chief executive of Welcome to Yorkshire and the man behind the race, admitted that organisers have made the final stage of the race as brutal as they dare.

The third edition of the three-day race will conclude on April 30 next year with a 194.5-kilometre stage from Bradford to Fox Valley near Sheffield including eight categorised climbs – a total of 3,517 metres of climbing.

Four of those categorised climbs will come in the final 15 kilometres as the peloton tackles a circuit around Stocksbridge, but the highlight of the stage promises to be the cobbled climb of Shibden Wall near Halifax. Short but extremely sharp, the climb averages 13.5 per cent but hits gradients of up to 25 per cent, with the cobbles only adding to the pain.

It will be one of two cobbled climbs on the day, coming after the riders tackle the Haworth cobbles which featured in the 2014 Tour de France. But it will be only part of the challenge, with that final circuit expected to determine the overall winner.

“We expect about 100 riders to cross the line together the first time they go around the loop, but it might only be one or two the second time,” Verity said.

The third edition of the race, a legacy of the 2014 Grand Depart of the Tour de France, will begin on April 28 with a 173-kilometre stage from Bridlington to Scarborough’s North Bay – where Thomas Voeckler pipped Team Sky’s Nicolas Roche to overall victory earlier this year.

A day later, the peloton will tackle a 122.5-kilometre stage from Tadcaster to Harrogate – hours after the women’s race uses the same route. The stage will finish on Parliament Street in Harrogate – the spot where Mark Cavendish crashed out of the opening stage of the 2014 Tour.

Organisers have already said that several locations on the Tour route will be undergoing a dress rehearsal for the 2019 road world championships when they are held in Yorkshire in 2019. That should ensure a strong field of riders and more of the enormous crowds that have defined the short history of this race.

“Everything just ratchets up a gear now,” Verity said. “Riders and teams are thinking of coming to Yorkshire, getting used to Yorkshire, because they know some of these roads will be used in 2019.

“We also know that at some point the Tour de France will come back, so riders want to stay close to this county because they know there’s going to be a lot of cycling here.”

The 2016 Tour de Yorkshire made history with the prize fund offered in its women’s race – the £50,000 pot was a record for a women’s event at the time – and next year there will be the same rewards on offer but a significantly tougher challenge.

Whereas this year’s race from Otley to Doncaster was almost entirely flat, the Tadcaster to Harrogate route heads into the Dales and includes the challenging Cote de Lofthouse.

“We asked the question of the riders, ‘If we put this climb in is it going to be too tough? Will it work?”’ Verity said. “But we road-tested it and some of the riders went out and did it. They said it was tough but doable. So here we go.”