The maker of KitKat has failed in its attempt to trademark the shape of the chocolate bar in the UK. 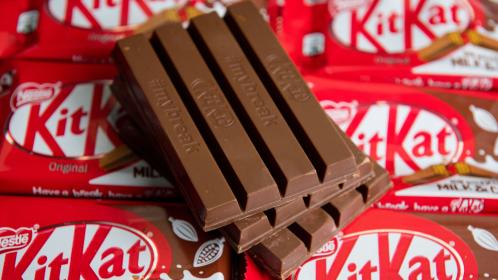 Nestlé lost a ruling at the Court of Appeal yesterday in a long-running legal battle with its rival Cadbury. The two food giants have been wrangling over trademarks for a decade, with Nestlé successfully blocking Cadbury’s attempt to trademark the purple used on Dairy Milk bars.

Experts said the decision meant that rival manufacturers could start making and selling products that looked similar to KitKat with less risk of litigation.

Nestlé said that it was disappointed by the judgment and considering its next step. “KitKat is much loved around the world and its four-finger shape is well known by consumers. [This] has been granted trademark registration in many countries,” a spokesman said.

Tania Clark, a partner and trademark lawyer at Withers & Rogers, said the decision was a blow for the company but that it might not be the end of its efforts to secure trademark protection. “This case highlights the difficulties that often accompany attempts to obtain commercial protection for the shape of a product. Nestlé feels strongly about the matter and, depending on whether there are sufficient legal grounds, they could apply for leave to file an appeal to the Supreme Court.”