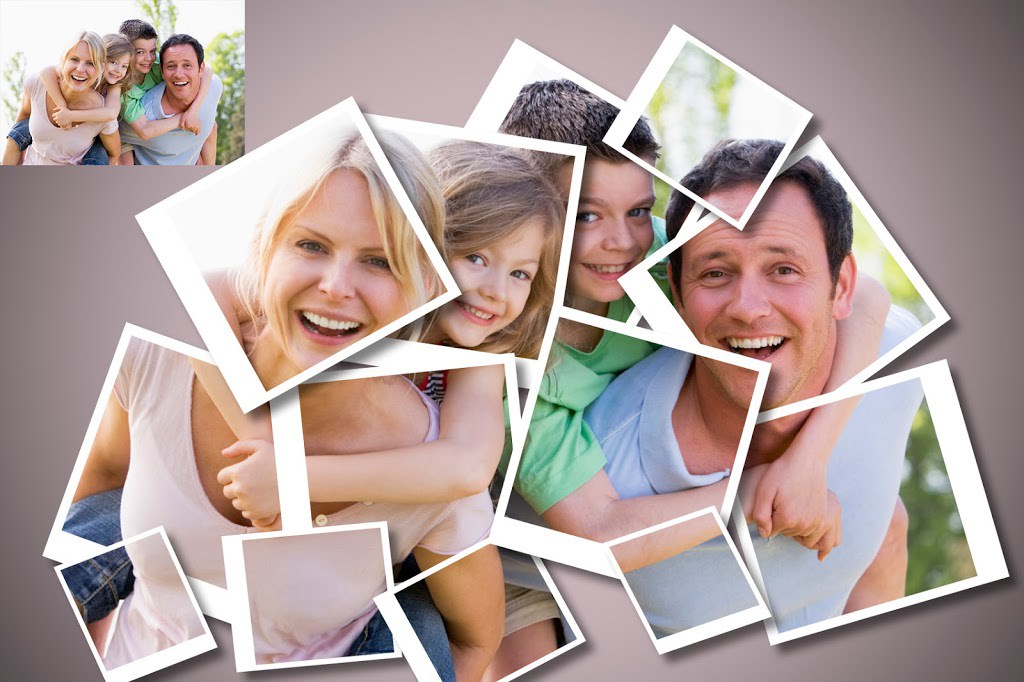 At a time, when most of the pictures we take never even get printed, it’s perhaps surprising that the beloved Polaroid is making a comeback. Polaroid-nostalgia has captured the heart of most people who remember the launch of the first Polaroids, back in the 1980s. People were simply stunned that a picture could instantly emerge out of a camera – as if by magic.

Urban legend has it, that it all started in the 1940s, when Edwin H. Land, inventor of the Polaroid, went on vacation with his three-year-old daughter. He was taking pictures, and she couldn’t quite understand why she couldn’t see a photo emerging from the camera. The idea was born and some 40 years later, the Polaroid Instant camera was launched.

The 1980s Shoulder Pads and Polaroids

The 1980s are fondly remembered for shoulder pad fashion and Polaroids, the giant camera that spits out a photo seconds after you take the photo. The quality was far from perfect, the strange white frame took up nearly 10% of the picture and still, this camera was one of the most significant gadgets ever to grace shop shelves. Anyone with an interest in photography simply had to own one.

As is the case with most inventive products, it didn’t take long for other companies to produce a similar camera, and Minolta, Konica, Fujifilm and a couple of other renowned camera manufacturers soon introduced their own instant cameras.

And Then It Went All Pear-Shaped……

After suffering a 25% decline in sales each year after the turn of the millennium, the Polaroid Corporation stopped manufacturing their instant camera. They believed the product to be obsolete, would soon, however, discover, that many people simply weren’t prepared to give up just yet. One of these people was Florian Kaps, an Austrian Polaroid enthusiast who single-handedly spearheaded a campaign to purchase a shut-down Polaroid factory in the Netherlands and restart production. Today, the Impossible Project sells vintage and new Polaroids.

Pretty much, thanks to the Impossible Project, the Polaroid Corporation is again manufacturing instant cameras, finally catering to the many thousand Polaroid enthusiasts.

In recent years, the Polaroid Corporation has launched several new instant cameras, while also making the vintage models available once again. Newer models allow you to print several copies of the same picture, upload onto social media, and you can even take a picture while you are waiting for the first one to emerge. Many have lauded these developments, however, many people are just happy to appreciate the vintage models. The simplicity, perhaps even the rather poor quality when compared to digital prints, have once again found acclaim.

It’s difficult to think of any other product that was practically dead and buried and still managed to rise from the ashes. Only vinyl records have seen a similar revival.

The convenience of digital photography is undeniable, but there is a lot to be said for instant cameras. There is nothing quite like taking a picture and getting an instant print-out. It’s also great to go through shoe boxes of old photographs, reminisce, much more so than simply going through old pictures on a computer screen.

Even if you print out digital pictures at home or at a photo booth, the process is simply not as immediately rewarding as collecting an instant picture from a Polaroid.

If you want to see a real beauty, check out the Polaroid OneStep 600 Instant Camera. This was one of the first, ever-so-fashionable instant cameras. You can buy reconditioned OneStep 600 cameras from the Polaroid Corporation website and immerse yourself in the joys of instant photography.