An Oxford University student who stabbed her boyfriend could be spared jail after a judge remarked on her “extraordinary talent” and said that a prison sentence would damage her career. 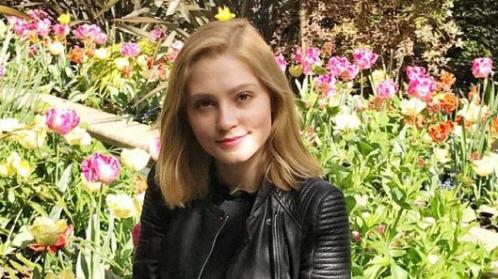 Lavinia Woodward, 24, is an aspiring heart surgeon who met the man, a Cambridge graduate, on Tinder. During a drink and drug-fuelled row at Christ Church, Oxford, last September, she punched him and swiped at him with a bread knife. She then stabbed him in the leg before hurling a laptop, a glass and a jam jar at him.

Woodward, who suffers from drug addiction, admitted a charge of unlawful wounding. Judge Ian Pringle, QC, said at Oxford crown court that the offence would normally mean a custodial sentence, but he delayed sentencing for four months and hinted that she would not be jailed, giving her time to prove that she was conquering her cocaine habit.

The judge said he was concerned that custody could affect her career after hearing that her college, which gave her outstanding testimonials, would allow her to return in October.

“It seems to me that if this was a one-off, a complete one-off, to prevent this extraordinarily able young lady from following her long-held desire to enter the profession she wishes to would be a sentence which would be too severe,” he said.

“What you did will never, I know, leave you but it was pretty awful, and normally it would attract a custodial sentence, whether it is immediate or suspended.”

Woodward was in court to hear the judge’s remarks but is now in Milan with her mother.

Cathy Olliver, for the prosecution, said that Woodward had met the man on Tinder and that by the time of the attack on September 30 her behaviour had deteriorated.

The student’s boyfriend — who was not named in court because he is a victim of domestic violence — called Woodward’s mother on Skype. Woodward then punched him in the face before picking up a bread knife and stabbing him in the leg.

Jim Sturman, QC, for the defence, said that his client’s dreams of becoming a surgeon were “almost impossible” as her conviction would have to be disclosed.

However, her career options would not be entirely blighted, and in due course any community penalty would be expunged. If the student qualified as a doctor and applied for registration, the General Medical Council would have to declare any conviction. It would then review the application and make a decision on entry to the register.

Woodward had had a “very troubled life” and had been abused by another former partner, Mr Sturman said, adding that her crime had resulted from her addiction.

She previously dated Inigo Lapwood, an Oxford student who was temporarily banned from Christ Church after taking a flamethrower to a party.

Woodward and Mr Lapwood were listed as in a relationship on Facebook two years ago and were pictured together at Oxford events. Mr Lapwood, 23, a vicar’s son, took a home-made flamethrower to the annual Christ Church ball in 2013, leading to him being banned from the college until the following academic year. He is a philosophy and psychology student at Christ Church and his family home is in Wantage, Oxfordshire. He had been investigated by police over allegations of sexual assault and grievous bodily harm, but the investigation was dropped due to a lack of evidence.

Woodward will be sentenced on September 25. She was given a restraining order and it is likely that she will receive a non-custodial sentence as the best way to help her to beat her addiction.

The psychiatric and pre-sentence reports recommended against sending her to prison. Pending sentence, the judge imposed conditions on her, including that she could not drink alcohol, take drugs or re-offend, and that there had to be regular updates on her behaviour.

Francis FitzGibbon, QC, chairman of the Criminal Bar Association, said: “It would be wrong to see this as some sort of leniency because the girl went to an Oxford college. If he gives her a non-custodial sentence, that will be entirely within the [Sentencing Council] guidelines.”

Mr FitzGibbon added that the judge would take account of factors including the extent of harm caused, Woodward’s culpability and whether she was of good character and had shown exemplary conduct. Another QC said that the judge’s approach was “exemplary” and had been designed to help the woman. The court was told that she had already had a month of intensive treatment for addiction and was undergoing counselling.

The “custody threshold” — when in most cases an offender should be jailed — is generally when an “offence is so serious that neither a fine alone nor a community sentence can be justified”. Even when this threshold is passed a suspended sentence or community order can be used.

Where offences are “on the cusp” the guideline says “imprisonment should not be imposed where there would be an impact on dependants which would make a custodial sentence disproportionate to achieving the aims of sentencing”.

Judge Pringle seems to take the view that as sentencing aims to protect society and help to rehabilitate the offender, jailing a bright student would be counterproductive.