Imams around the country have been asked to use their sermons to urge British Muslims to vote in the election, thereby helping young people to avoid the lure of “deviant ideologies” through a sense of investment in civil life. 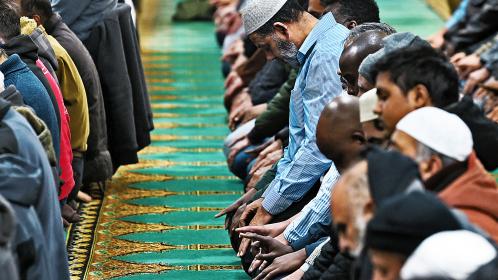 The Muslim Council of Britain (MCB), an umbrella group with 500 affiliated mosques and Islamic bodies, has released a list of key issues affecting Muslims before the election. It has also circulated a suggested sermon for imams to deliver during Friday prayers that declares: “Muslims need to be more politically active.”

IpsosMORI research suggests that 53 per cent of eligible Muslims did not vote at the 2010 general election.

Worshippers are asked to encourage their children to engage in politics so they feel invested in the community and are not “disenfranchised”. Young people are urged to take part in political debate and share their views on social media.

Muslims are often portrayed in a negative light in the media, the sermon says. “It is only by being positive through our attitude, behaviour and actions that we can counterbalance this.”

It tells of the rise of the far right, and of bans on the hijab and niqab across Europe. “If we do not vote carefully in our local areas and ensure that those who are not suitable to govern or be MPs are removed from power, then we will suffer even more harm.”