After the Christmas festivities and the hubbub of new year, routine returns. 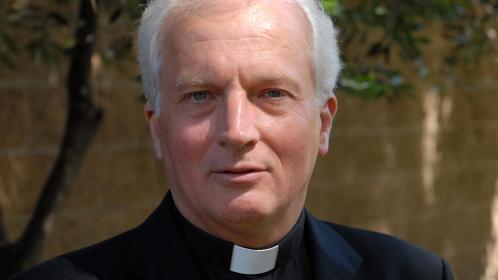 Life becomes normal again. We may recognise routine, but what is normal? This year in particular many people are feeling heightened levels of anxiety. Within a week America will have sworn in a new president, renowned for his unpredictability, and in March the triggering of Article 50 should begin the formal start of the United Kingdom’s departure from the European Union. Brexiteers rejoice, but it is not only Alan Bennett who wonders whether that enthusiasm is not akin to what greeted Neville Chamberlain when he returned from Munich in 1938, waving a piece of paper and declaring: “Peace in our time.”

Catholics, when they are not celebrating the great feasts of Christmas and Easter, or preparing for them in the seasons of Advent and Lent, call the other weeks of the liturgical year “Ordinary Time”. At first that may seem drab. On reflection, however, it makes sense to pay attention to the ordinary.

During these weeks we are invited to consider Jesus’s public ministry, what he did and said, as presented in the four Gospels. It is not a mere question of filling in time between the dramatic episodes surrounding his birth, on the one hand, and then his passion, death, and resurrection, on the other, nor just a matter of spending time becoming better acquainted with his teaching and actions. Beyond that, through the teaching and the events of his life, we become acquainted with his way of living. The different Gospels present their accounts in their own distinctive ways. They are not plain biographies of Jesus, they are teaching documents — what is significant for one may be ignored by the others. All the same, from these various portraits a person emerges who is compassionate and merciful and filled with love. When at the end he is led away to be tortured and executed, his manner is in tune with what has gone before. Ordinary time is for cultivating a disposition, calmly and steadily, so that we may respond wisely when crises occur.

My friend Donald Nicholl, who for a time was rector of the Ecumenical Institute at Tantur near Bethlehem, would tell the story of going out for a run early one morning. On the way back he was running beside a high wall that hid him from anyone lower down the hillside. At the end he turned to descend the narrow stony track and there, coming towards him, were four Muslim men, walking in single file, on their way to work in the quarry above. He almost collided with them.

He could only shout a greeting, but by the time he was passing the fourth of these men, as he said, no more than four or five seconds since he had first appeared, the man had plunged his hand into his lunch bag and taken out a large handful of raisins which he pressed into Donald’s hand. He simply said: “You are sweating.” Donald was moving too quickly to shout anything more than: “Thank you.”

What he recognised almost at once, however, was the instinctive generosity of this man. What happened was too immediate for reflective thought. Relating the incident later to a Muslim friend, he was given a wise clue to the man’s action. “The man must have been faithful over many years in the practice of his faith,” he was told, “to have such a pure heart.”

We are back in ordinary time. We may be anxious about events on the international stage, the Trump presidency and the unfolding implications of Brexit, not to mention the threat of terrorism. And many people this year face personal crises, whether at home or at work. Sickness and death will continue to take their toll. And we will be taken by unpleasant surprises.

There can be no guarantee against such surprises, but we can prepare. In ordinary time, day by day, whether personally religious or not, we can develop purity of heart, a disposition that is compassionate and merciful, generous and loving.